In this post, I will tell you 40 things you have to do if you ever go to New Orleans.

This past Christmas holidays I traveled to one of those cities I always wanted to visit. It was in my “bucket list” for a long time. I am talking about New Orleans, in the state of Louisiana in the United States, also called NOLA –New Orleans of Louisiana-and the Big Easy, for the easy, quiet and placid way of life.

This city has deep roots in the Americal culture. For example, one of the greatest jazz musicians in history, Louis Armstrong, came from this city. One of his famous songs, “What a Wonderful World”, was, by the way, part of the soundtrack of my wedding ceremony.  In this city, Anna Rice was inspired for writing her book “Interview with the Vampire“, which later would be become a blockbuster. Also, the famous Vampire series “The Originals” has been filmed here.

In 2005, after Hurricane Katrina, the city was almost completely destroyed but it has resurfaced more strongly than ever.

There were a million reasons why I wanted to come to New Orleans. Its history marked by a mix of cultures, races and religions, its music, its food and its French and Spanish heritage are only a few reasons to visit it. The whole city is surrounded by a mystical, magical and mysterious atmosphere.

What usually happens to me is that if I want to visit a place so badly, I am always afraid to go with high expectations and then for some reasons, not liking it at the end. Thank God, this didn’t happen with New Orleans and I came back even more in love with this city.

Some people say that it is one of America’s most dangerous city,  but this doesn´t have to scare you.  I did not feel fear at any time or saw anything unusual or weird. Of course, you always have to be careful with your belonging and just avoid trouble with common sense, like in any other city of the world. But if you move around the main touristic areas, there shouldn’t be any problem.

Keep reading if you want to know what you have to see and what places you can’t miss here.

40 things to do in New Orleans

The legend of Julia Brown
They say that anyone who enters the swamp should be careful with the curse of Julia Brown. She was a voodoo priestess who lived on the edge of the swamp. She was used to be seen rocking on her porch giving anyone who passes by a bad eye. One of her favorite hobbies was to predict everything. They called her “the Oracle” because if something bad was going to happen, Julia Brown already knew it. One of her most terrible predictions was in 1915, the day of her funeral,  when before she died she was heard singing over and over again “one day I’m going to die and I’ll take everyone with me.”  It turned out that the prophecy was true since that day there was a devastating hurricane that swept the area destroying everything and killing hundreds of people.

In this section of the post, I make a short summary of the most practical information about the trip.  You can save this Travel Quick Fact Sheet as an image on the Camera Roll, Pinterest, etc. For quick references during your trip. I hope you find it useful and if you want to know something more leave me the question in the comments or send an email directly to hello@nextination.es 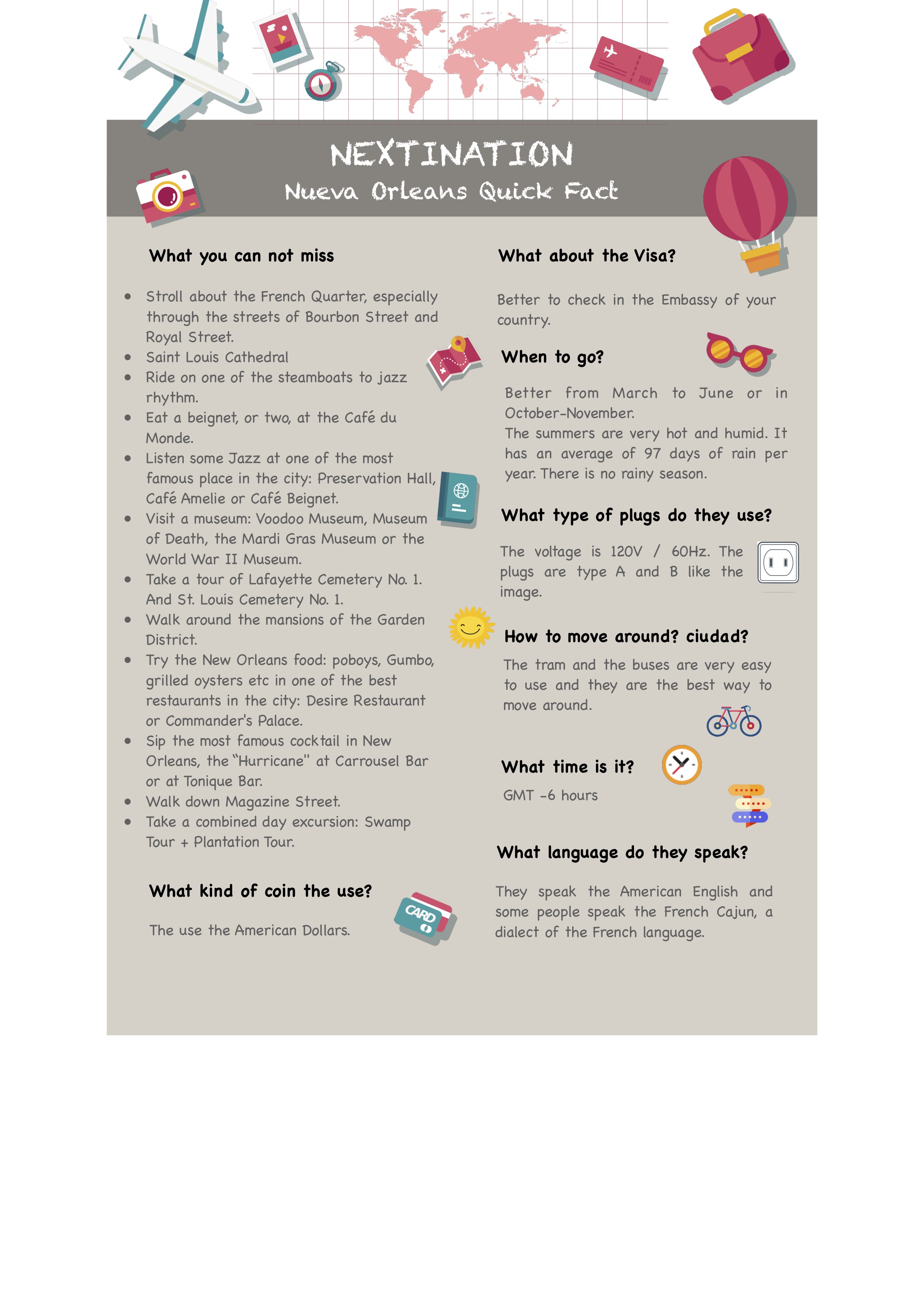 If you have any questions, you can send me an email or write it in comments.

If you want to see more pictures of my travels, since here I only put a few, do not hesitate to follow me on my Instagram clicking here.

If you liked the article and want to save it for later, Pin it: 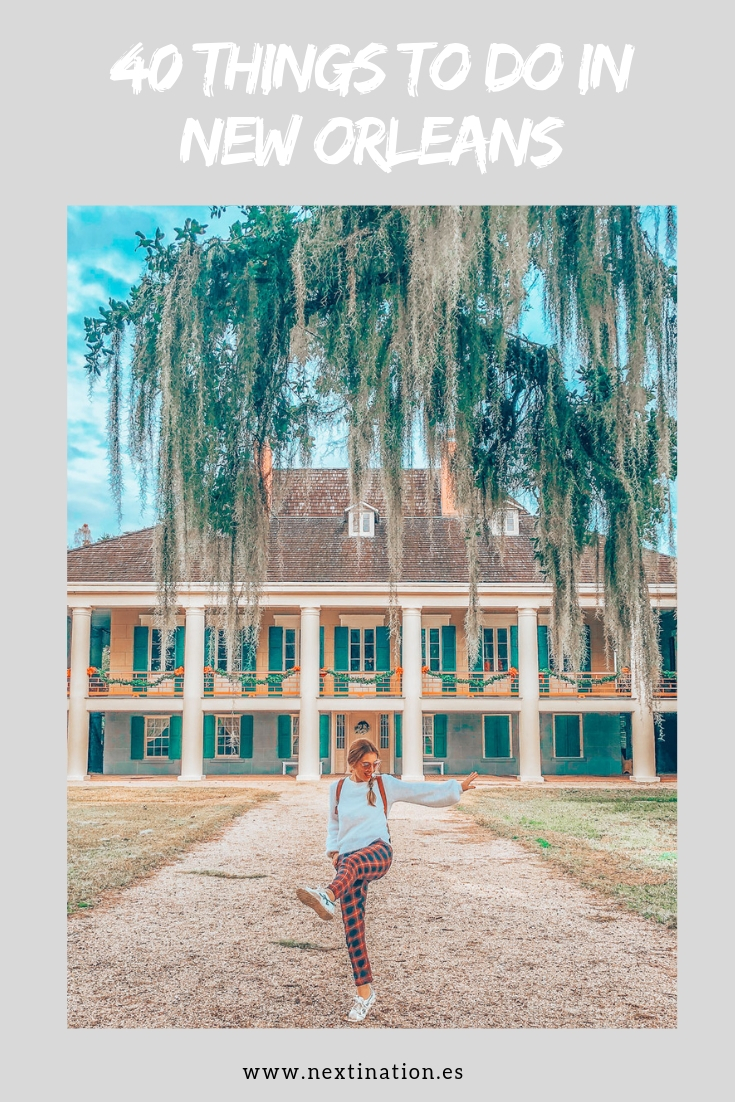 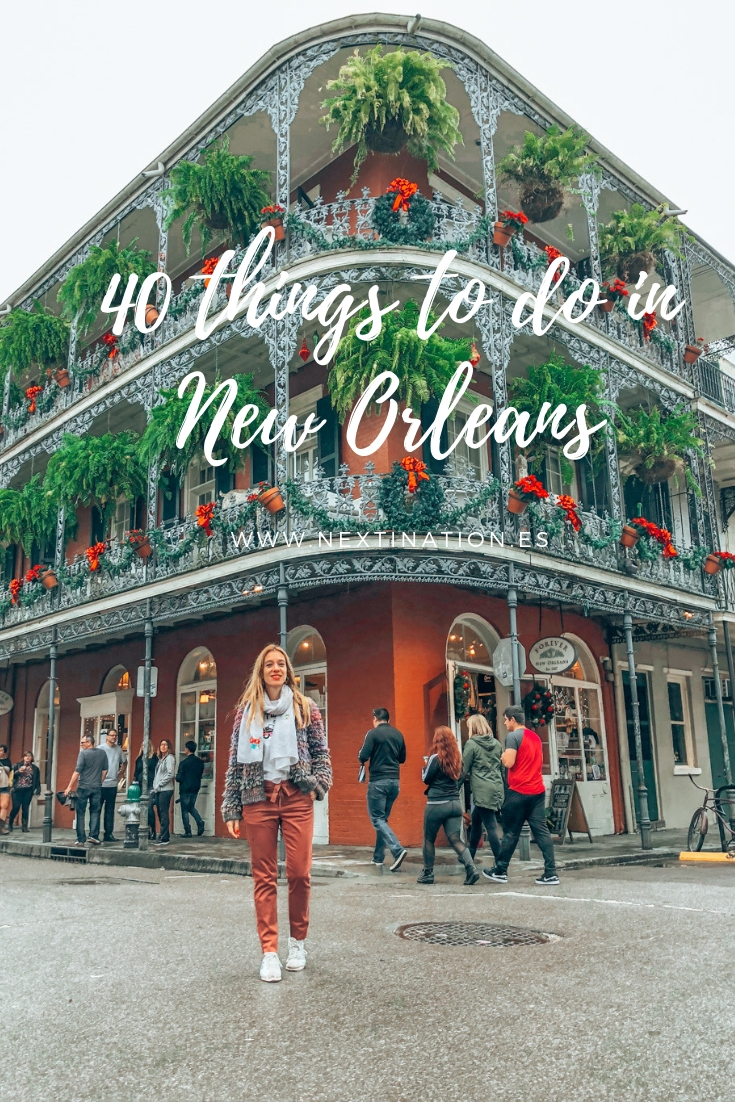 Where to travel to escape winter

10 murals you can not miss while in Los Angeles

3 weeks Road Trip along the US West coast