Discover the island of Malta, a jewel in the Mediterranean

In my previous post of Malta, I told you everything about what to see and what to do in the capital, La Valletta. However, Malta is much more than Valletta and the three cities of Cospicua, Vittoriosa and Senglea, which I was able to discover them with my own eyes. I recommend you to take a tour around the island and visit at least these essentials: 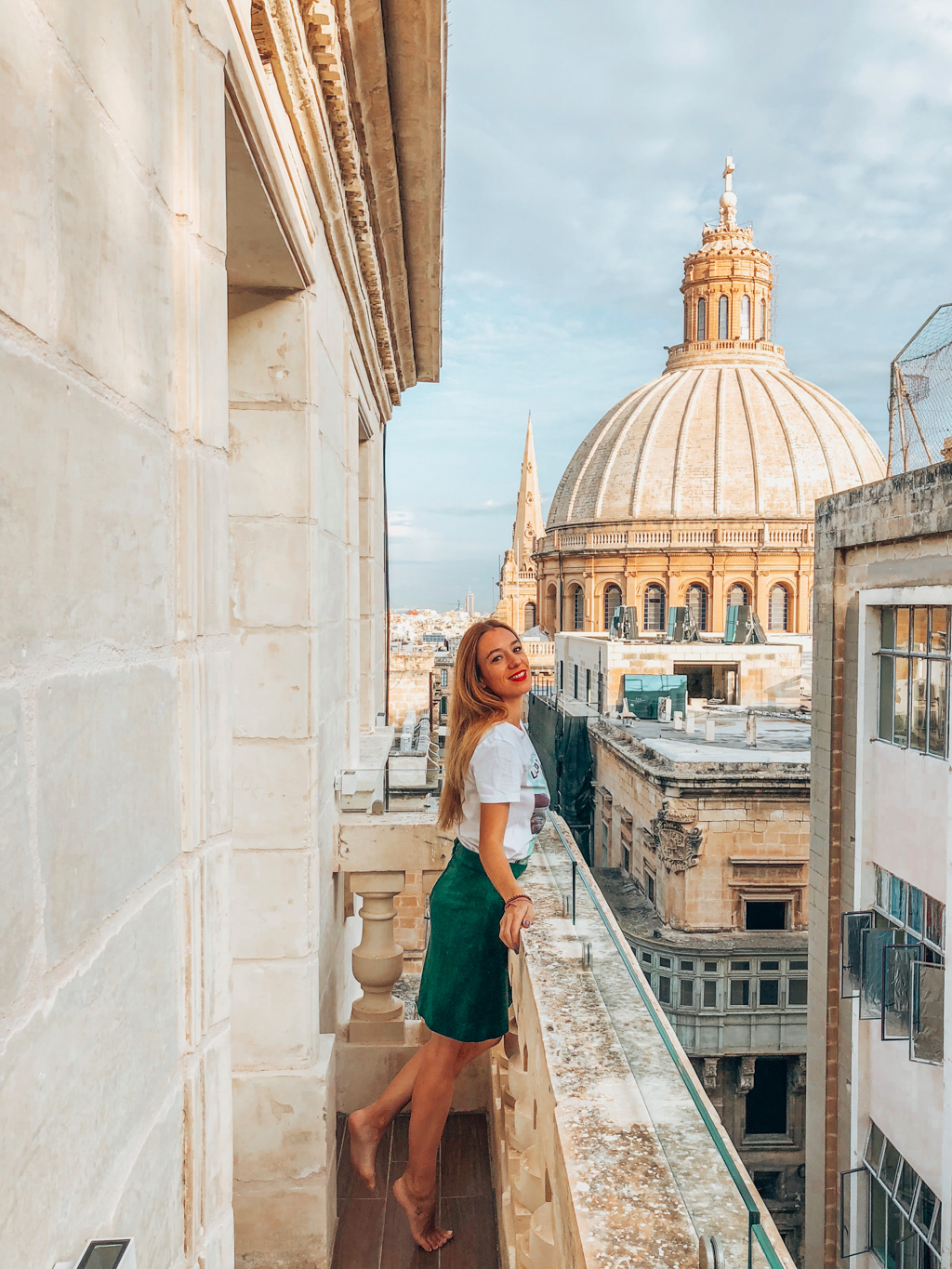 What to see and what to do in La Valetta, Malta
Hi Nextinationers, if you are planning to visit Malta don't miss to see La Valetta. Follow this link where I tell you more about it..

Rabat played an essential role in Malta’s past and is a primary source of its cultural heritage. Rabat was formerly part of the Roman city of Melita. This city was of significant importance during Roman times, and you can see this thanks to all the archaeological relics discovered here. It was also a site dominated by the Arabs, hence the name of Rabat, which means “suburb” because it is located at the outskirts of Mdina, that was the Capital by that time.

Also, for centuries religious orders of the Franciscan, Dominican and Augustinian were established within the precincts of Rabat, so there is a significant Christian heritage in addition to their former Roman and Arab inhabitants.

The city of Rabat is small but very beautiful, full of unique corners, with houses full of flowers and colorful facades. Here you can also see the picturesque balconies, typical of the whole island. 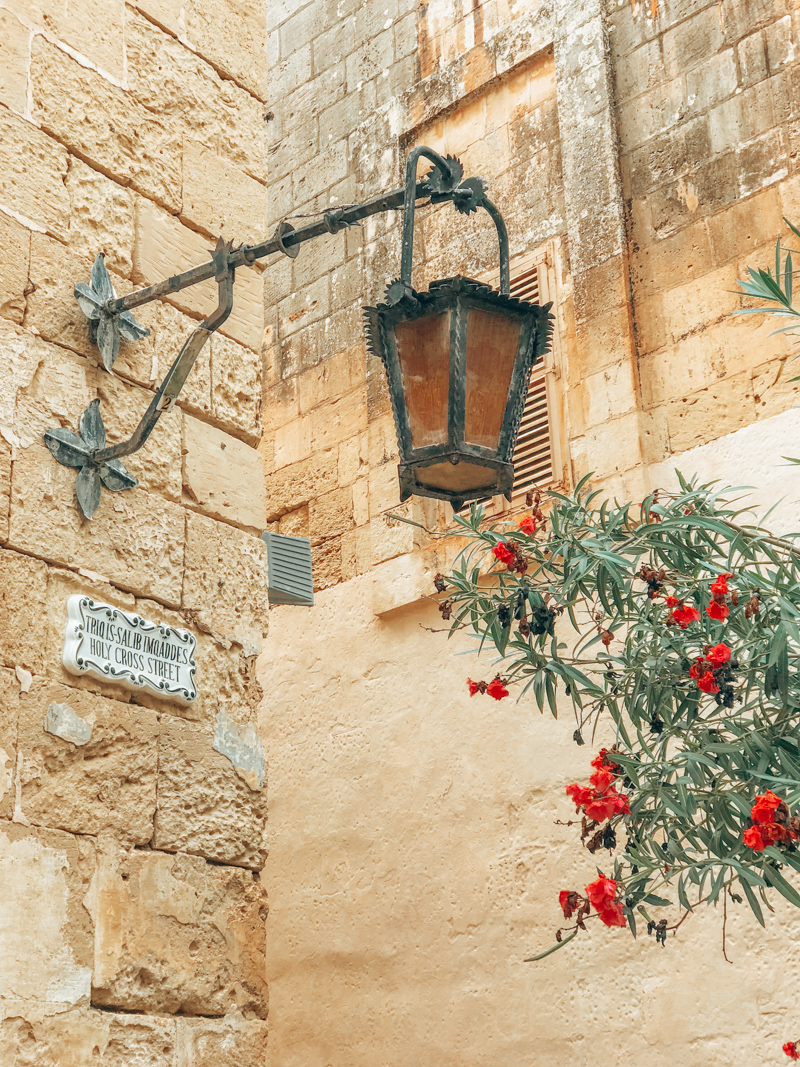 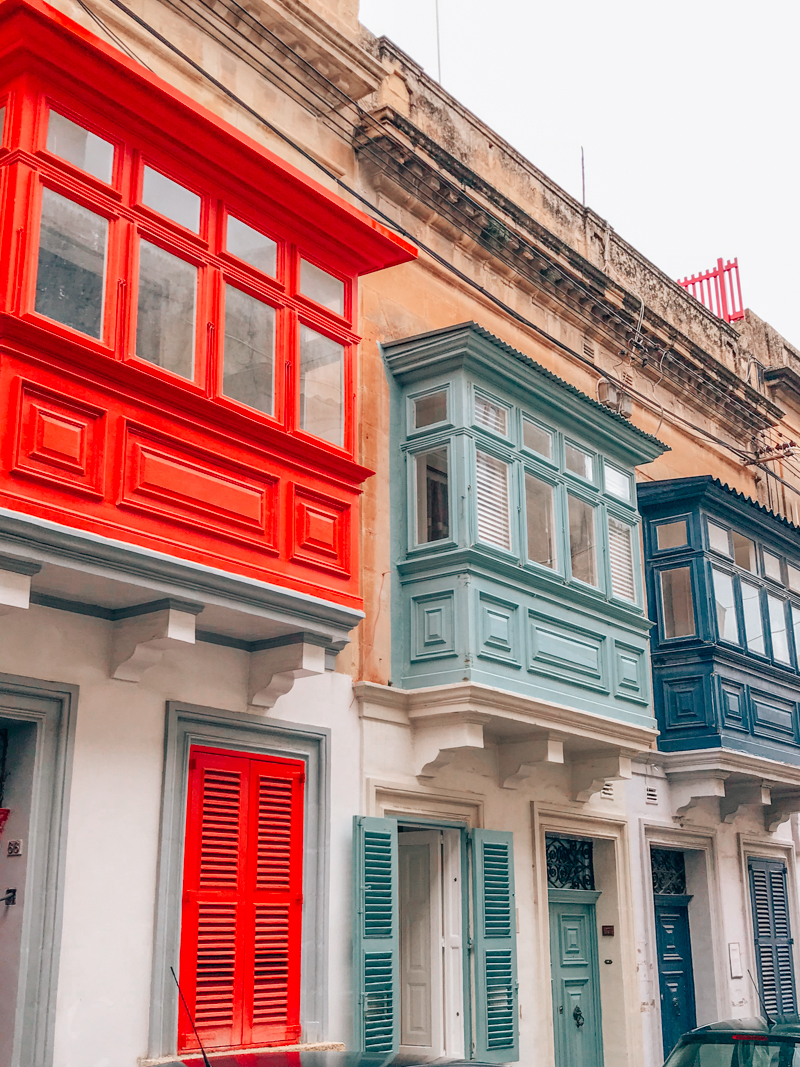 Essential places to visit in Rabat:

It is an extensive system of underground galleries and tombs dating from the III and VIII AD centuries. This place has more than 2000 square meters, being one of the most massive Catacombs that exists after the ones in Rome. These catacombs were where the Romans buried their dead and were also used for clandestine religious celebrations. Later, this place was also used by Christians as a necropolis.

The truth is that the catacombs are quite impressive and the good thing is that they are open to the public. There is a small museum at the entrance where some found objects are exposed and with a brief explanation of the underground distribution. You have to go downstairs, and you will arrive at the main chamber from which departs several aisles from one side to the other, up and down, full of empty niches that served as the final resting place for the loved ones. The corridors at some points can be narrow and with very low light, which enhances the creepy feeling down there. Definitely worth the visit.

The catacombs took the name of St. Paul because according to the legend, he came to the island after suffering a shipwreck while the Romans were taking him to the prison in Rome. It is said that he was hidden in a grotto that was connected with these catacombs and tunnels.

The Catacombs of Saint Agueda are also close by, but I could not visit them this time. However, according to the locals, St. Paul’s are the best ones. 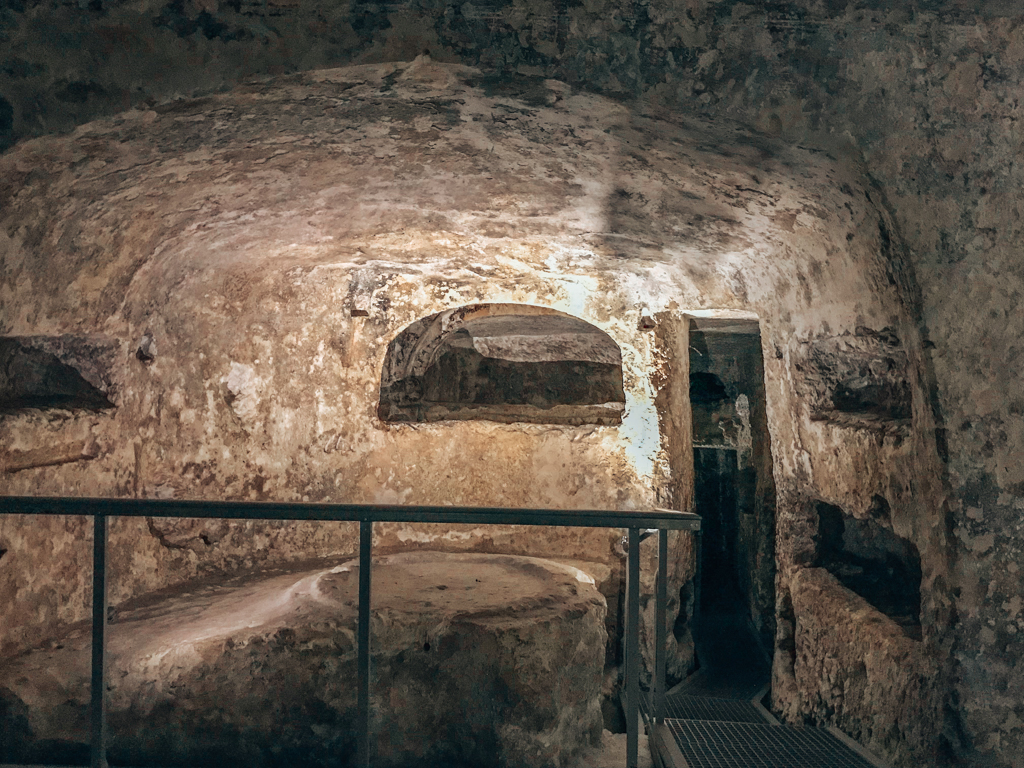 It was built in the XVII century above the grotto of the same name where according to the legend, St. Paul was hidden. You can visit the church with an entrance combined with the Wignacourt Museum. It is an important place to visit for most religious people. 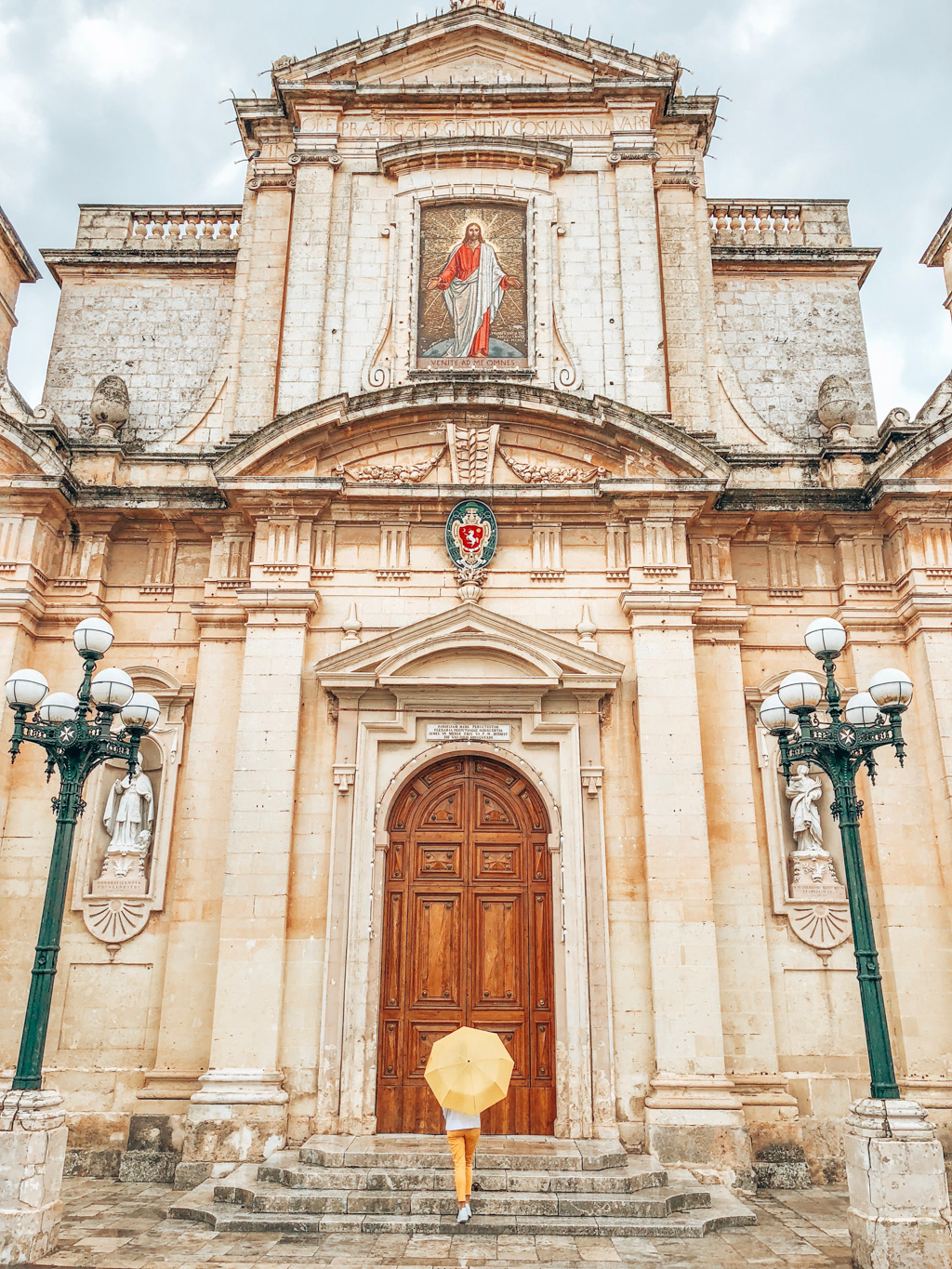 It was an aristocratic house of the Roman period, now in ruins, built in the 1st century BC that was inside of the ancient Roman city of Melite. In the 11th century a Muslim cemetery was established on the remains of this “Domus,” but in 1881 the house was found thanks to several archaeological excavations in the area. I could discoverer here several very well preserved Roman mosaics as well as statues and other objects that appear here exposed in what now days is a museum.

The old house had a peristyle with columns inspired by ancient Greece. The mosaics were polychromed, and nowadays some of them still have the original paintings. Two types of tesserae were used here, creating a three-dimensional effect, really amazing if you find the right angle to see it. It is curious how these mosaics have survived almost intact of these years, similar to those found in Pompeii and Sicily.

It belonged to a noble of French origin from the Order of Malta. The entrance is quite expensive because it is a private museum and part of the building is still used as a residence. Paintings, furniture, tapestries and other works are framed in an elaborate decoration that takes us to a past where the nobility dominated the island.

The city is full of pastries and cafes so I recommend you make a small stop for a coffee and try out its delicious cannoli and Pastizzi………. -click on the images to see them bigger-

Mdina is just spectacular. I was amazed by its beauty. It is one of those essential visits to do if you are in Malta. It will take you about 3-4 hours to stroll and lose yourself among its medieval streets.

Walking around here is, therefore, a real delight for the senses. It is a walled city that was formerly the Capital of Malta and that, precisely because it is located inside the island, and it was easier to defend from external pirates.

Known as the “City of Silence” because the vehicles cannot access the interior of the city, Mdina is full of baroque buildings, churches, palaces, craft shops and some squares that will make you travel back on time.

It is amazing the color of its golden-toned stone, which reminded me a little of that golden stone of Salamanca, the Spanish city where I am originally from. Mdina has been the scene of the famous series “Game of Thrones.”

The city was inhabited in the years 700 BC by the Phoenicians who were their first settlers. The tradition maintains that the Apostle Saint Paul resided in the town after his historic shipwreck on the island. Today, these ancient palaces are now inhabited by nobles and aristocrats.

Essential sites to visit in Mdina:

It is located in the main square where you will also see several palatial buildings. It is a construction of the 11th century rebuilt at the end of the 17th century.

The museum located next to the cathedral contains relics as well as paintings and sculptures by the ancient Templar masters. It can be visited from Monday to Saturday from 9.00-17.00.

Palace also dating from medieval times. Here you can get an idea of how the noble class lived in Mdina in the Middle Ages.

It is another palace that belonged to the aristocracy of Malta and you can visit it. Today it hosts the Museum of Natural History of the island.

It is one of the most picturesque and charming villages I have ever seen. The name Marsaxlokk comes from the union of two words “Marsa” meaning “port” and “Xlokk” which is the name of a wind that comes from the Sahara. The Phoenicians were the first to settle here because of their strategic location.

This fishing village is located in southeastern Malta and stands out for its fishing boats painted with vivid colors also known as “Luzzu” that the fishermen have decorated with an eye of Osiris, the protective emblem of the Egyptian god that they had seen in the sailboats of the Nile.

This type of boat is used for fishing of all kinds of fish especially the “Lampuki“, a kind of fish that inhabits in these waters, that it is fished between August and December and that it is part of the Maltese gastronomy. In fact, most of the fish consumed on the island comes from this town, so one of the best things to do here is to take pictures of its beautiful boats, and of course to enjoy a delicious meal based on fish and shellfish.

This place is another must visit while on the island because of the beauty of its landscape. It is a series of sea caves located under some cliffs that can be accessed by boat. Although the views of the sunset from the top are spectacular, I recommend you also take the boat, since only from it you can see a unique phenomenon that occurs in these caves from sunrise to noon. It is the light of the sun that is reflected inside the walls of the cave creating reflections of different shades of blue. This, together with the blue color of the sea, makes this site to be named “Blue Grotto” or “Blue Cave.”

Here were filmed some of the scenes of the movie “Troy” starring Brad Pitt. 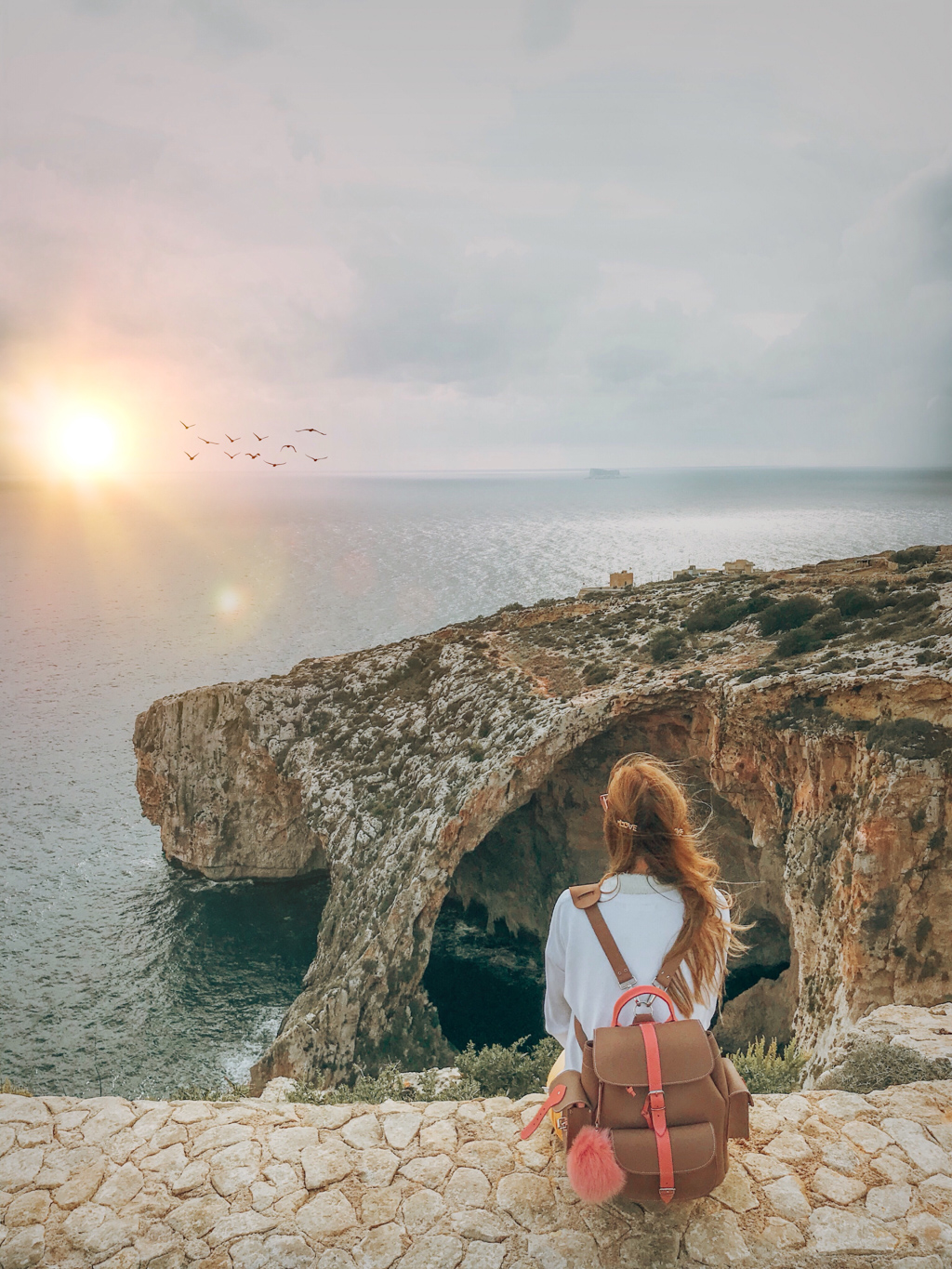 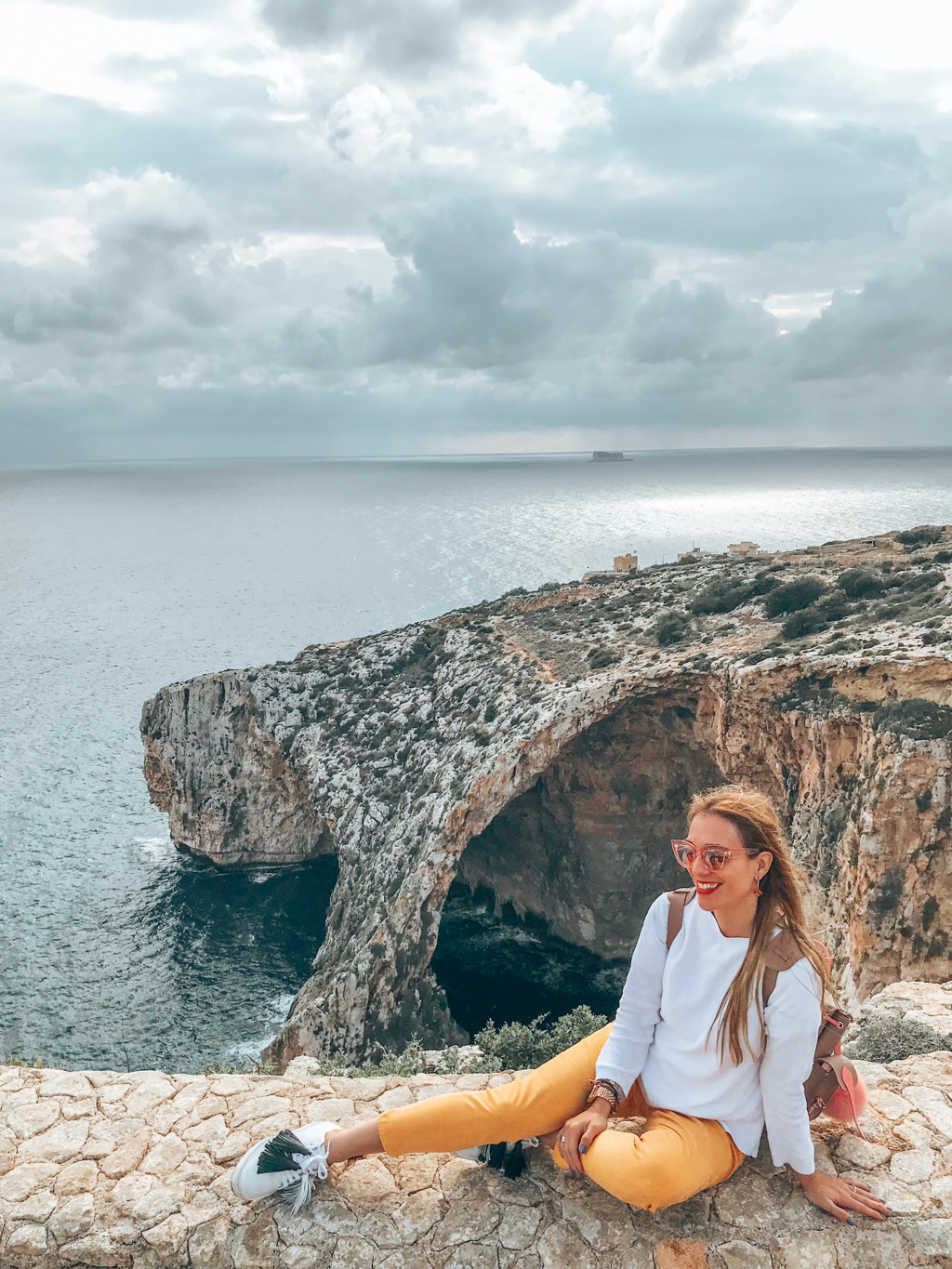 Other places to visit in Malta that we couldn’t make it for not to have enough time are the Blue Lagoon and the Popeye Village. I always say that we must always leave things without visiting to have an excuse to return, so these two are mines, and of course, I would like to visit the other two islands, Gozo and Comino next time in Malta

In this section of the post, I make a short summary of the most practical information of the trip.  You can save this Travel Quick Fact Sheet as an image on the Cameral Roll, Pinterest, etc. For quick references during your trip. I hope you find it useful and if you want to know something more leave me the question in the comments or send an email directly to hello@nextination.es 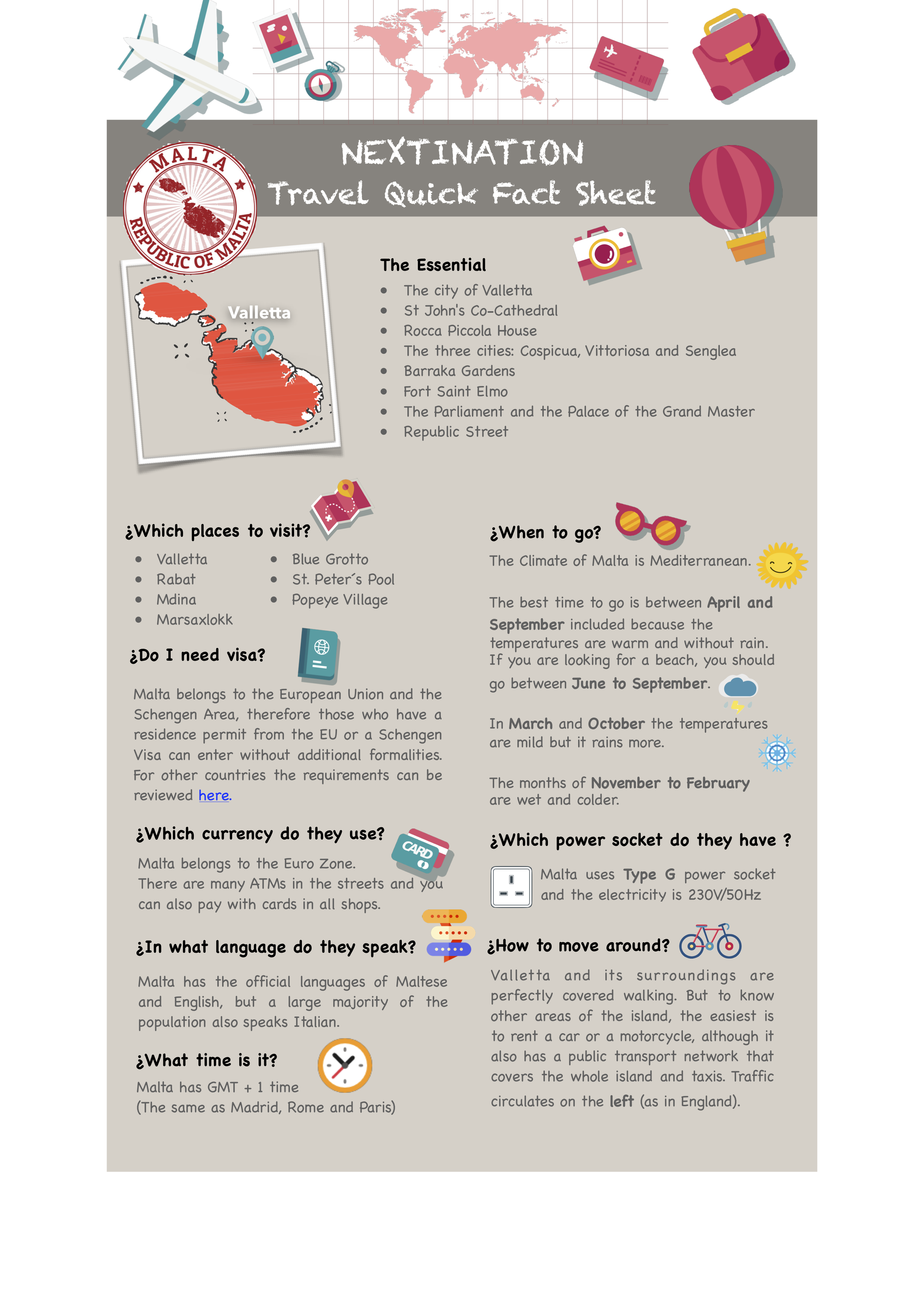 Any trip that is planned well requires reading a bit about the destination and knowing more about the places to visit beforehand. Travel guides are always good readings to take with you. Below is a selection of the Malta guides that I recommend:

Malta uses the plug type G , so in case your country has different plug type is better to bring a travel adapter. In addition, having extra portable batteries and USB hub charger isn’t a bad idea. Here are my recommendations:

I always pack my stuff in smaller bags to keep everything organized and easy to reach without having to stir my suitcase trying to find something. In addition, is always good idea to bring some other things, just in case. Here are my recommendations:

If you have any questions, you can send me an email or write it in comments.

If you want to see more pictures of my travels, since here I only put a few, do not hesitate to follow me on my Instagram clicking here.

If you liked the article and want to save it for later, Pin it: 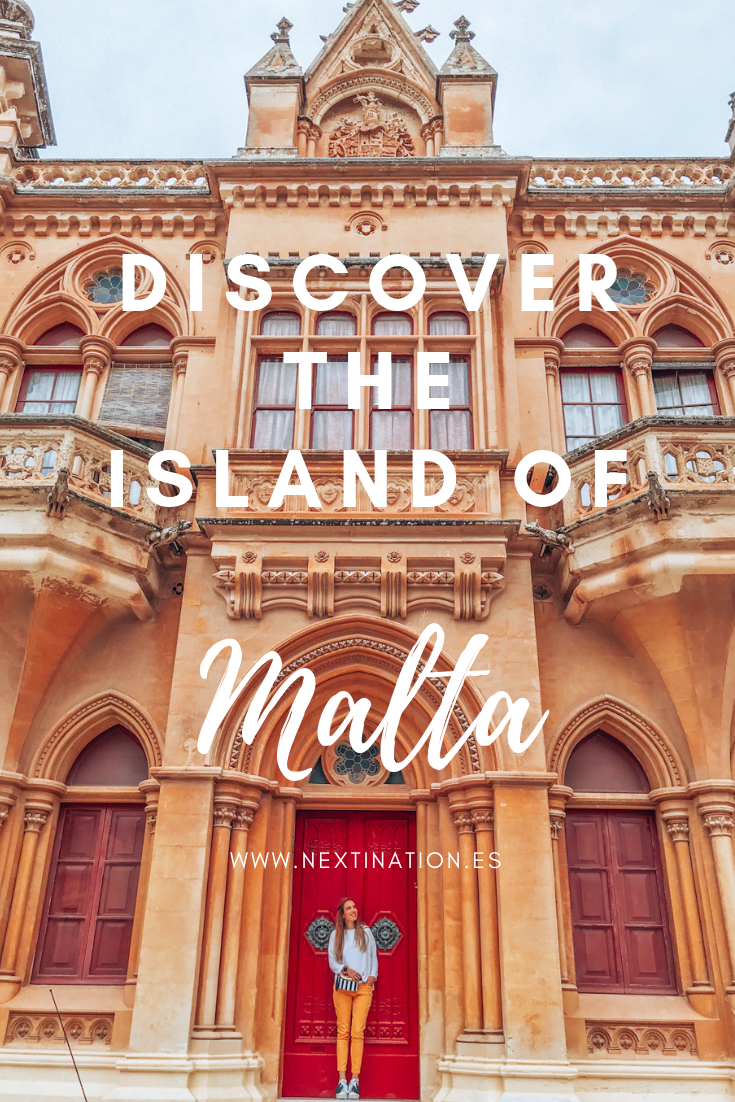 The Madison Hotel, the best choice in Hamburg

From Moscow with lots of love

Discover the wonderful island of Crete in Greece