This post is more personal than travel related, but I also like for you to know a little bit of my life behind the blog.

If you have been following me for a while, you already know that I have been living in Moscow since the last five years. Oh God! 5 years! I can’t believe time goes by so fast.

If in October 2014, when we moved to Moscow, I had been told that I would spend the next five years here, I would not have believed it. Once we signed the contract, we set ourselves to spend here three or four years top. However, one of the things that has also influenced us to stay that long, is that, Moscow is such an amazing city to live.

Yes, I am not crazy. I say it from the bottom of my heart.

One of the curious anecdotes that I have is that, every time I´m going on a press trip with other travel bloggers and they ask me “Where are you from?” and I say that I am Spanish but I live in Moscow, at first, they don’t believe me or they look at me with a weird face and they ask me “Moscow, in Russia? Really?

Nowadays,  I do not know if, as in the case of St. Petersburg that there is one in Florida, United States, there is another Moscow, outside of Russia. I think it is not the case. And the next thing they ask me, especially the Americans, is “And why?” “Do you like it?” As if living here was horrible.

The most curious thing is that those who ask me this are travelers, who are supposed to be open minded persons.

Obviously, this people have never been in Moscow, because they don’t know what it is like to live here or how the city looks like.

Eight places you can not miss in Moscow

Moscow, since the day I arrived, has been a surprise in the best sense of the word. A city that I’ve loved to discover in every way and that has left me speechless in many occasions.

In this post I will not talk about political issues but what it has meant for me to live here as an expatriate.

I remember that one day in October 2014, with below zero degrees, I took the metro in Moscow by myself with the intention of visiting the Red Square.

I must say that a month before I came, I was studying Russian, especially the Cyrillic alphabet that Russian use, in order to be able to move around by myself.

Today, five years later and thanks in part to the fact that the World Cup was held in Russia in the summer of 2018 and that it had millions of visitors, they put the subway names also written in our alphabet so that people could manage to move around easily. But this was not the case five years ago.

I remember, I was amazed by this “underground museum” full of marble, gold and sculptures. I remember getting off the subway and going out to the Red Square and be amazed again in this city for the second time in less than 15 minutes.

Then I visited the GUM Stores, a luxury shopping mall located in the Red Square. More than to buy, to try to get warm in one of its cafes. I remember going to the Armani Café, that nowadays is closed, and again, having run out of words with all the luxury that you can see there.

Amazing decorations, beautiful cafes and restaurants with delicious desserts and sweets. And oh! the coffee! I have no words to tell you the quality and taste of the coffee here. One of the things I will miss the most. Also, they have thousand types of teas and infusions and also lots of different kinds of juices, many of them fresh: apple, carrot, grapefruit, cranberries …

The food has also been a great surprise but not only Russian food. Once here, I had the possibility to try Ukrainian food, Uzbek food from Uzbekistan, Azerbaijan food and above all, my favourite, the Georgian food with its” khachapuri “among its many other delicacies.

Why am I telling you this?

Because today, five years after moving to Moscow, it’s time to say goodbye to this incredible city with tears in my eyes.

Moscow will always be one of my best memories. I arrived with the hope of being bilingual in Russian – haha, I know that I set very high goals-, but hey, although I am not bilingual today, I am able to have more than one conversation in Russian, something indispensable to communicate in a city where no other language is spoken.

Moscow will always be that place where I lived my first year after getting married. Our first year of marriage was accompanied by personal growth in many ways because we lived many new experiences here: managing ourselves in another language, not dying of cold, taking at the beginning one thousand layers and not understanding how the Russians could wear a simply jeans and sneakers or dresses and heels and to be able to walk in the snow.

10 apps if you plan to travel to Moscow

I learned to dress according to the temperatures and it turns out that here, I wear less layers than when I visit other places in the world in the wintertime. I understood why when I arrived to Moscow, they told me that Russians have at least 10 different coats and it turned out that today, I even have more, as well as many gloves, hats and scarves.

I learned not to fall while walking on a pile of snow and ice, to walk without fear of falling a snow plate from those stored on the rooftops. I learned to dress at home with summer clothes so as not to die of heat in winter and to put on my clothes only when we were about to leave home.

I learned to do ice skating and do it in a natural pond just 5 minutes walking from home. I learned that children in winter go to school on sleds and in short, I learned to really enjoy the 6 months of winter we have here.

I learned that crepes are not only French, because the “blinis” Russians eat here are the same. I learned that the Russian salad is real and not only a Spanish invention, only that, in Moscow it is called Olivier, by the French chef who created it and that instead of canned tuna it carries chicken pieces.

I learned that dim sum is more Russian than I thought because Russian “khinhali” are almost the same. I learned that I don’t know if Italian ravioli come from Russia or Russian “pelmeni” come from Italy. I learned to eat soup almost every day as well as herring and dill very often.

I learned that Russians and Spaniards have a lot in common. Russians love to spend many hours in the street, even though it is freezing cold, that they love to eat and dine late. But, above all, I learned that despite the cold and the language, life here is very easy.

That to take a taxi you don’t need to know Russian, but to use an app, and that, hopefully, it only takes 30 minutes to get from one place to another in Moscow. That restaurants, pharmacies and supermarkets never close. They open 24 hours a day, 7 days a week.

What to do in Moscow with kids

Moscow will always be that special city where my daughter was born 3 and a half years ago. The city where she has learned to speak not only Spanish but also Russian and English.

I learned how easy it is here to live with children, that many taxis have baby seats, that restaurants and cafes have entertainment areas for children, that they have kids menu everywhere and that if you go to a restaurant with a child, They will give you the best table and paper and crayons for them to paint. Also, there are thousands of places and shows for babies and toddlers.

I learned that, despite the cultural differences and what may seem at first glance, the Russians are educated and that if you get to know them and they get to know you, they will be your friends for life.

Now, a new stage begins for us. We have returned to Madrid, but we have not returned as before. A thousand things have changed us and we also did return as a family. It will be a totally different experience than what we have now but not for that reason, it will be worse.

We started this stage, although very sad to leave, with the hope of knowing what Madrid will bring us. Looking forward to discovering it. I will tell you all my adventures, starting next month from there.

Thank you very much for always accompanying me on my trips, virtually and for reading me every day! 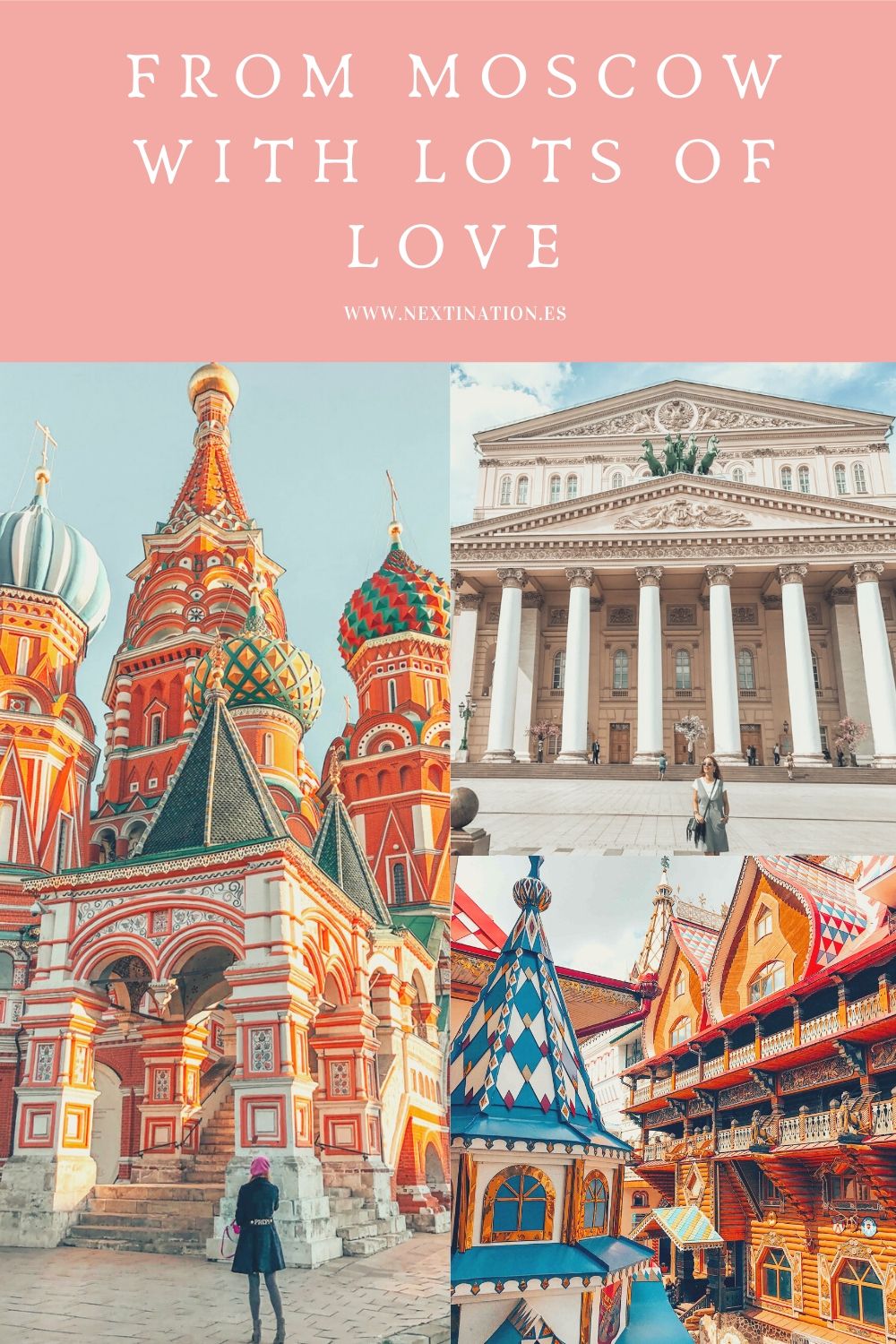 Eight places you can not miss in Moscow

10 Basic Apps if you plan to travel to Moscow

What to do in Moscow with Kids