Summer came to an end, and with that, the good temperatures, the hours of sun and light and the beach days.

Those days have turned into shorter days, rainy and cold days and it is time for you to put some autumn clothes on.

We are in those days of transition and in the process of assimilation to colder temperatures, to the routine, etc. For me September, more than an end, implies a new beginning. Maybe because my birthday is at the end of August, September for me, implies the beginning of the time where I am a year older.

In September, I like to create new purposes and new goals and why not, new plans.

Now, we are already in October, so it is time to plan the Autumn holidays.

Yes, we all need that coming back to the routine and to those grey, shorter and, somehow, a little bit “depressing days” be as bearable as possible, so why not to do a short break?

That is why in this post, you will find the best cities in Europe to travel this Autumn.

Surely you are thinking that you do not have more days off,  that you cannot leave now that you have just arrived, etc. It is not necessary to leave for a week. If you can, it is perfect, but also, it can be only 2-3 days, like a long weekend.

It is more than enough to recharge those batteries that seem to be uncharged at this time of year.

Where to travel in Autumn?

Here you have the website where you can check all the events in Amsterdam.

Located in northern Germany, it is the second most populous city in the country.

As a curious fact is that ,even being the second largest port in Europe after Rotterdam, Hamburg has no sea, but the Elbe river is navigable for 100 kilometres to reach the sea.

Hamburg is full of atmosphere. Discover the neighborhood of Sankt Pauli, where the Beatles became known or their Portuguese area, one of the most charming in the city. Visit the Philharmonic Building, one of the most important architectural buildings in Germany and walk around Speicherstadt area, declared Cultural Heritage by UNESCO.

Discover all that Hamburg has to offer by clicking here, which in addition to hamburgers is much, much more.

If you are looking for a short break but somewhere where autumn has not yet arrived yet and therefore the cold, I recommend you to visit Malta.

If you want to know more about the island of Malta click here.

I visited the island in mid-October and although it rained quite a lot one a day, the other 2 days, it was sunny and warm, with around 20-25 degrees Celsius.

This small country is made up of several islands, the three being inhabited: Malta, Comino and Gozo. Malta is the most densely populated place in Europe, and occupies a strategic position in the Mediterranean, which is why several countries have disputed it for centuries. It is really amazing and full of history with the Knights of the Order of Malta.

In addition, last year, 2018, Malta was the European Capital of Culture.

Valletta, the capital of Malta, was strategically planned at sea by the Knights of Malta and, today, has been declared a World Heritage Site by Unesco in 1980.

For this and other reasons, join me if you want to know what to see and do in Malta!

Leeds?  Never heard about this city before. Where is it? These and some others may be normal reactions.

Many people have never heard of Leeds, me included, until I went and Oh! How is it possible that I didn’t hear about this amazing city before?

It was totally unexpected and a pleasant surprise. Yes that is true. I didn’t expect Leeds to be that beautiful, but I knew it from the moment I went out to the street to discover, walking, this city.

Also, less than an hour away is the impressive York County or Yorkshire. I really recommend you that, if you go 3 days to Leeds, you dedicate one to the latter. Click on the link for more info.

If you want to know more about Leeds and know what I recommend to spend in this city 48 hours, just click on the link.

This year, finally, I was able to visit Riga, one of the Baltic cities. Since I moved in to Moscow I had wanted to go.

What to expect from Riga?

The old part of Riga is a UNESCO World Heritage Site so expect to see narrow streets with cobblestones, medieval houses full of color and corners, restaurants, cafes, squares and parks full of charm! It is known as “the Paris of the North” and is the city in the world with more buildings in Art Nouveau style, almost 700!

Read here if you want to know what to see and do in Riga in 72 hours.

Events in Autumn in Riga

If you have always wanted to visit the Russian capital, autumn is a good time to do so. Of course, I recommend you to spend at least 3-4 days here because there is so much to see.

In September and October the cold has not yet been installed. The days are somewhat shorter than in summer and it usually rains, but the city is beautiful with all the parks and trees changing color. And if Moscow is characterized by something, it is because of the large number of parks and green spaces it has.

In addition, now is when the low season begins, which implies that the flights are cheaper and there are fewer tourists, and therefore, less queues and people to visit the sites.

In November and December, although not every year, there may be snow and it is still not as cold as in winter, so it is still a good time to come and see her covered by white without being very cold.

Keep in mind that Orthodox Christmas is celebrated in Moscow. These one begin 15 days after ours, so do not expect to come at the beginning of December and see the Christmas Markets because they are not being installed until mid-December. Never before.

Click here if you want to find out everything you have to do in Moscow.

Events in Autumn in Moscow

Why not a weekend in the most beautiful Spa in Spain? It is the Thermal Spa of Las Caldas, in Oviedo, Asturias.

The Las Caldas Villatermal complex has two hotels: the five-star Gran Hotel and the four-star Enclave Hotel. The whole complex is surrounded by green fields, which at this time of the year is beautiful.

It is so peaceful and relaxing. Here, you will only hear in the background the moaning of a cow, the bleating of a sheep that hovers around or the flow of the water from the Spa.

The Spa has several pools at different temperatures, saunas, steam baths and relaxation rooms. But the most beautiful is the architecture of the site, imitating the classic Roman baths with a glass ceiling.

However, the jewel of the Spa is La Sala de las Columnas. It is the most exclusive, luxurious and private room of the Spa.

Definitely, a thermal experience to try once in a lifetime, a weekend with a disconnection mode on. Here you can eat delicious Asturian food and also, why not, go to Oviedo to walk around one of the most beautiful cities in Spain, just 20 minutes by taxi. One of the best plans to charge those batteries and get into the fall with lot of energy.

Click here to find out more about the Spa.

How to get to Oviedo?

The best way is to fly to Madrid and from there take another flight to Oviedo.

It is possibly one of the trips I’ve done that I liked the most. In addition, it was completely different from the others, since I  had never done any type of cruise before.

If you have at least 7 days of vacation in Autumn, then I recommend you to take this trip: A 7-day cruise along the river Seine with the Ubyuniworld company that is part of Uniworld. Click here.

For 7 days we toured the Seine from Paris to Normandy and returned back to Paris.

We stopped in beautiful villages like Conflans Saint Honorine or Rouen. We saw sites as impressive as the Gardens of Versailles with the Petit Trianon where Maria Antonieta lived, the cliffs of Etretat or the gardens of Giverny where Monet lived for so many years.

The activities we did during the Cruise were really incredible and also super varied: from cycling, painting, mixology, yoga / pilates in the morning, to see a burlesque show at the famous Moulin Rouge.

It seems that Ubyuniworld currently does not do this Seine Cruise anymore, but they do an other River Cruises in Europe.

Here you can find more information about all the cruises.

I hope you have found your next trip in this post and that it has inspired you to book that plane ticket.

What city in Europe are you going to travel this fall? 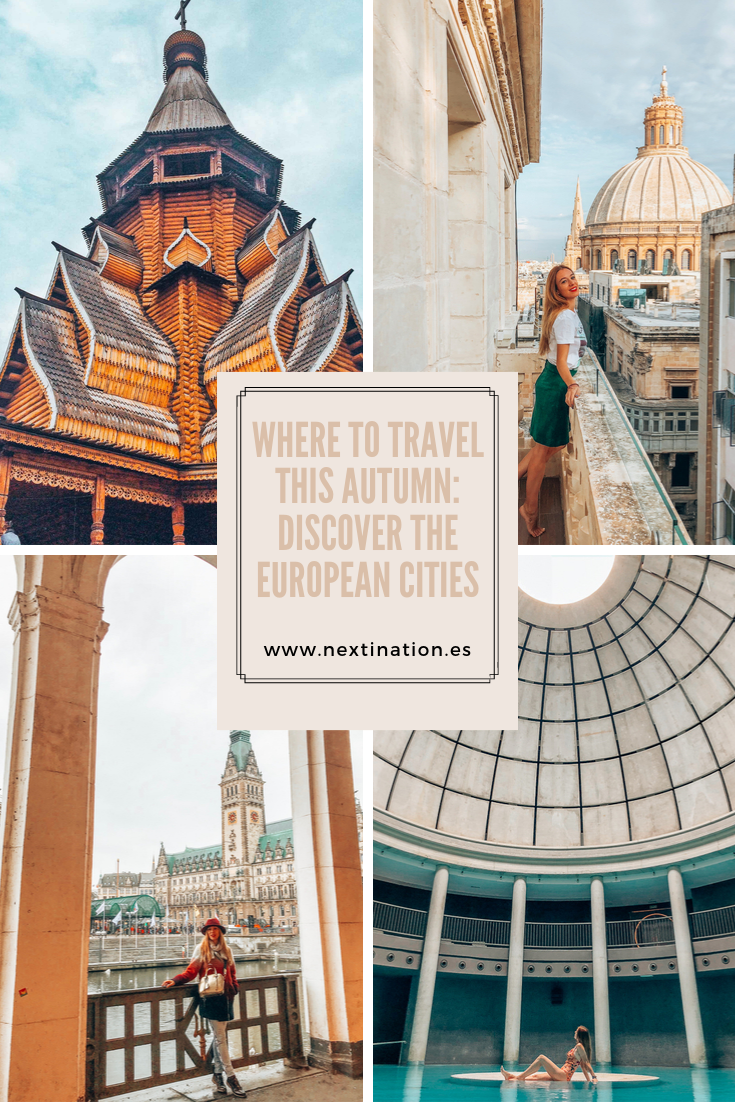 Discover The Best Spa in Spain: Las Caldas in Oviedo

36 Hours in Helsinki: What to see and do